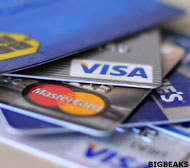 Good debt or bad debt, borrowing money has its consequences.

But at least with so-called good debt (i.e. buying an affordable home, going to college), you stand a good chance of getting a better financial deal coming out than you did going in.

Not so much with bad debt, which, once triggered, can snowball over time and threaten to haunt borrowers for years – even decades.

It wasn’t always so. Back in 1957, the total U.S. national debt was only $4.8 trillion. By the end of 2007, that number had risen to $53 trillion, according to the Federal Reserve’s National Debt Report. That amounts to about $175,000 in debt for every single American. Furthermore, more than 85% of all American consumer debt was created since 1990, the Fed report adds.

On an individual level, we, as a nation, are no pikers when it comes to accumulating debt. The Federal Reserve says that individual U.S. consumer debt amounted to $2.5 trillion in 2008.

No doubt that much of that debt is the aforementioned "good debt." But what about the bad stuff? How much of that debt was related to “bad debt” for products and services consumers could have easily gone without?

Let’s take a look at some of the worst ways we accumulate debt. Try these five dopey debt-enhancers for starters:

Cash advances on credit cards. Taking cash from your credit card is the debt equivalent of tossing gasoline into a bonfire. Aside from the high interest rates linked to card cash advances, and onerous “administrative” fees, you’re raising your credit limit, which will hurt your credit score.

Taking an early withdrawal from your 401(k) plan. In a financial pinch – and there has been no shortage of those in the past two years – Americans are increasingly viewing their 401(k) plans as automated teller machines. Big mistake. First, by lowering the amount of your 401(k), you’re ruining your rate of return. Compound interest – the rate at which your 401(k) proceeds grow – works much better on $100,000 than it does on $75,000. You also open the door to IRS penalties against early withdrawals.

Leasing a car. By leasing instead of buying car, you’ve made an interesting decision: You’ll pour thousands of dollars into your lease each year – money you’ll never get back. When the lease ends, you’ll walk away with no car. With all that money out the window, you might literally be walking away.

Abusing your credit card. Paying 20% interest to buy yourself a $100 dinner doesn’t make sense on any economic level. But that’s what a credit card transaction means if you can't cover your entire balance at the end of the month. Worse, if you exceed your card limit, or pay the monthly bill late, you’ve exposed yourself to even higher interest rates – all for that one dinner. To paraphrase an old saying, a moment on the lips, a lifetime on the hips.

Paying for early access to your tax refund. In the first place, tax refunds are way overrated. By getting a tax refund, you’re letting Uncle Sam earn interest on your income for most of the past year. Then, when you try to get your mitts on your tax refund early, through one of those shady tax refund payment centers, you’ll likely pay up to 20% in interest and a few bucks more in hidden fees. Those moves will only tax you financially.

While these five debt-drivers aren’t the only means that will have you waving goodbye to your cash, they are some of the worst. Keep an eye out for them.

—For a comprehensive credit report, visit the manybanking.com Credit Center.